Brought to you by Thrive Talk, the Online Psychiatry and Online Therapy Experts.

Depression is the most common mental illness. Over 300 million people worldwide and over 6% of the adult population in the US, have suffered from depression over the past year. Treatment rates of this mental health problem have gone up but, nonetheless, there is no one universal treatment. Different treatments work for different patients while a small minority of patients don’t seem to respond to treatment at all. That is why people are searching for alternative treatments like ketamine therapy.

For decades, antidepressants have been used to treat the chemical aspect of depression. Even though great strides have been made in the development of antidepressant medications, it is still somewhat “hit-and-miss.” Doctors cannot be certain which antidepressants, if any, each individual will respond to. What makes this even more difficult is that it takes two to four weeks before the effects of an antidepressant can be assessed.

It is in this context that ketamine therapy has been trialed. Ketamine therapy is one of the most promising developments in chemical depression treatment in decades, especially for patients for whom no other treatment has worked.

This is everything you need to know about ketamine therapy.

Ketamine Therapy: What Is It?

Ketamine therapy is a treatment that uses the substance ketamine to eliminate depressive thoughts. While ketamine has traditionally been used as an anesthetic and to treat chronic pain, recent research has earmarked it as a remarkably effective and fast-acting treatment for major depression and suicidal ideation.

Ketamine is administered via IV drips in doses that are much smaller than those used for anesthesia and it only stays in the body for a limited period of time.

Some may recognize ketamine as a party drug, known by some as “Special K”, which is used to simulate an out-of-body experience. Some have even used it to commit “date-rape.” Nonetheless, it was used in a medical context long before it became popular in illegal settings.

Clinical depression refers to a mental illness in which patients feel persistent sadness and numbness. They may also have difficulty feeling pleasure. These feelings are accompanied by thoughts about death and suicide as well as meaninglessness and isolation. It is a state of mind and not just an emotion or even a severe form of sadness.

Symptoms of severe depression include:

While individuals suffering from mild or moderate depression may, nonetheless, continue to function normally; patients with severe depression are generally unable to continue taking care of themselves. The intensity of the emotional pain along with the sense of hopelessness and absence of motivation, preclude the potential to carry on as normal.

Traditionally, depression has been treated in a number of ways. Talk therapy has been the most popular starting point for patients suffering from depression. This involves discussing your feelings and thoughts with a therapist. In an effort to come to a deeper understanding of the underlying cause of the depression as well as finding a way to move forward.

Cognitive-behavioral therapy (CBT) is an increasingly common form of therapy that focuses on challenging distorted thinking. By rationally analyzing disturbing thoughts, individuals can become better equipped to manage their emotions without getting caught up in them.

Antidepressants are prescribed by a psychiatrist for those who may be suffering from a chemical imbalance. These medications are generally used in conjunction with other forms of therapy although they can have a major impact when taken in isolation.

Transcranial magnetic stimulation (TMS) is a non-invasive procedure that uses magnetic imaging to stimulate nerve cells in the brain. It is rarely used as a primary intervention. Rather, patients who have treatment-resistant depression may find it helpful.

Ketamine therapy is a more recent, non-traditional treatment option for clinical depression. While it has shown incredible promise, it is still not widely available. Therefore, is not yet used as a primary treatment.

How Does It Work?

It is not entirely clear how ketamine infusion therapy works. Researchers have hypothesized that ketamine changes the way brain cells communicate with each other. This is in contrast to traditional antidepressants, which change the balance of chemicals in the brain. It also blocks the NMDA receptor which is thought to play a role in depression, among other functions.

Research, thus far, has been very promising. Some clinicians report that 60% to 75% of their treatment-resistant patients have responded to ketamine therapy. Individuals receiving this treatment report that the effect is almost immediate. Suicidal thoughts fade and they start to feel better as soon as the treatment is administered, rather than two weeks later.

The treatment itself is effective for around one week, after which further treatments need to be administered.

Recipients of ketamine generally report feeling more connected to others and to the universe itself. This is in strong contrast to the common symptom of isolation that individuals with depression experience.

Directly after being administered infusion treatments, patients may experience dissociation which wears off after an hour or so. Ketamine briefly causes spikes in blood pressure and heart rate, but not nearly enough to be dangerous to anyone who doesn’t already suffer from heart disease.

Since ketamine therapy is still relatively new, the long-term effects have not been studied. Individuals using ketamine as a party drug have experienced an adverse event like memory issues. However, researchers believe that this is unlikely in the much smaller doses used to treat depression. Neither does it seem likely that these doses will lead patients towards using the drug recreationally.

Which Other Kinds of Concerns is Ketamine Therapy Best For?

Ketamine therapy may also be useful for treating obsessive-compulsive disorder (OCD) and as an option for pain relief in chronic pain syndromes. Researchers are conducting clinical trials to assess its efficacy in treating these illnesses in addition to depression.

Ketamine therapy is incredibly promising as far as major depressive disorder is concerned. Unfortunately, not enough research has been done to conclusively prove its efficacy. Most trials so far have administered ketamine to small sample sizes. However; the FDA is fast-tracking further research, considering it’s promising effects and the huge number of people it could possibly benefit.

Ketamine therapy is not a practical option for most patients at the moment, as it is only available in certain states and there are only around two dozen clinics throughout the whole country. It is also very expensive (around $400 to $800 per treatment) and insurance is unlikely to cover it, as it is not yet FDA-approved as a treatment for depression.

Also, while it is fast-acting, its effects do not last all that long and it needs to be administered repeatedly. Which few people can afford.

Ketamine for Depression: A Promising Development

Ketamine therapy is one of the most promising developments in the treatment of clinical depression. It is an entirely new class of depression medication and, in addition to making an immediate difference, it may also be more effective for treating major depression.

More research is necessary before it becomes FDA-approved. For now, it is an excellent option if nothing else has worked and you can afford to cover the costs. 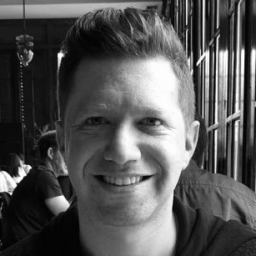 7 Stages of Grief: A Guide To Mourning

Please log in again. The login page will open in a new tab. After logging in you can close it and return to this page.